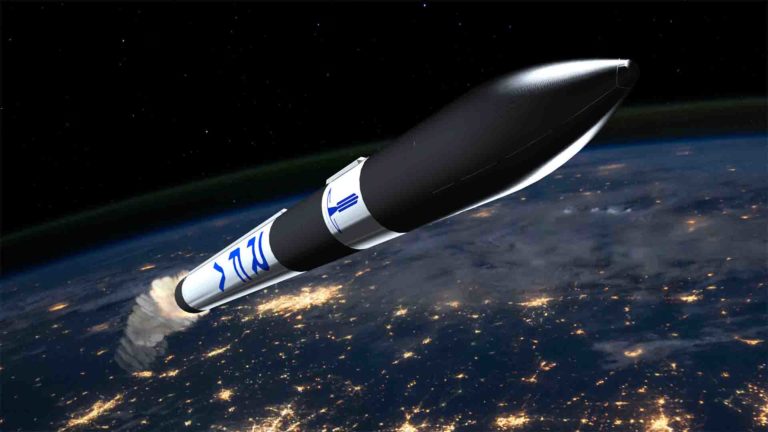 Rocket Factory Augsburg AG (RFA), a Germany-based commercial launch service provider, is the first company to sign a contract for Boost! – ESA’s Commercial Space Transportation Services and Support program. RFA is receiving ESA support for a project volume of 500.000 € for the development of the first stage demonstrator of its RFA ONE launch vehicle.

„Being the first company to sign a contract within ESA Boost underlines our position at the forefront of commercialization of space transportation in Europe.” said Jörn Spurmann, Chief Commercial Officer at RFA. “We are very happy that the DLR Microlauncher competition enables this program and we are very much looking forward to the next phase.”

Within the scope of the C-STS program, Rocket Factory Augsburg will be testing its first stage demonstrator for the RFA ONE launch vehicle. The activities under the scope of this project cover detailed design, manufacturing as well as testing of the first stage demonstrator for a successful proof-of-concept and final qualification towards its respective development roadmap milestones throughout 2021.

Stefan Brieschenk, Chief Operating Officer at RFA, added, “The signing of the ESA contract puts RFA at the forefront of the global new-space launch vehicle development, with its state-of-the-art orbital stage and staged-combustion engine technology. RFA’s orbital stage can conduct inclination and RAAN changes enabling the deployment of full smallsat constellations within hours. The core stage design and the high-performance staged-combustion engine, coupled with the lowest-possible-cost production techniques, are essentially new to Europe.”

Rocket Factory Augsburg AG (RFA), a start-up backed by the German satellite manufacturer OHB as a strategic investor and Munich-based venture capital firm Apollo Capital Partners, is currently developing a launcher system called RFA ONE for small satellites with a payload performance of up to 1.350 kg to low earth orbit (LEO). Since its foundation in August 2018, RFA established a team of 80 (as of October 2020) New Space veterans from 20 different nationalities having a demonstrated track record from previous small launcher projects. RFA is developing state-of-the-art staged-combustion engine technology. The company recently qualified the upper stage tank system during cryogenic tests and is currently preparing hot-fire tests of the main engine in Esrange, Sweden. RFA ONE’s first launch is scheduled for 2022.